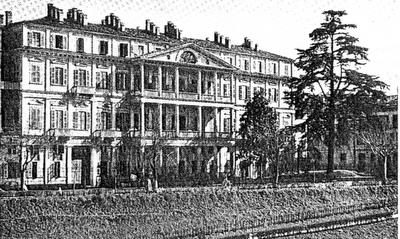 In 1859, not long after he had acquired the Baroque building, Luigi Desanti contacted architect Alessandro Antonelli and asked him to plan the restoration and enlargement of the house. Antonelli’s design encompassed  the preexisting construction, maintaining its residential rooms, transforming the attached servants’ quarters and using part of the back gardens, with a stunning overall effect. The owner died only five years later, and didn’t get to enjoy the villa he had commissioned.
In 1880 the villa was purchased by Carlo Bossi and from that moment on it acquired the new owner’s last name.
The building is one of city’s best examples of urban architecture: it stands in a privileged position, along the city’s Western rim, along the tree-lined Baluardo, facing the Alps.
In the portions of the building that are reserved to the servants’ quarters the materials used to build and decorate are less refined and expensive, but the overall quality remains, making the building a fine example of a new way to conceive house-building.
All spaces have a function and are connected in order to enhance the life quality of all the residents and their serving staff.
Observing the façade you can easily notice the influence of Greek architecture, especially with reference to the temple construction.
Antonelli was certainly inspired by ancient Greek art, but he used classical elements in his way, in order to obtain balance and harmony, while still focusing on usefulness and convenience.
Casa Bossi is with no doubt the best Neoclassical building in town.

In winter time opposite the villa in the XIX century (down in the small park) there was an ice-skating rink. 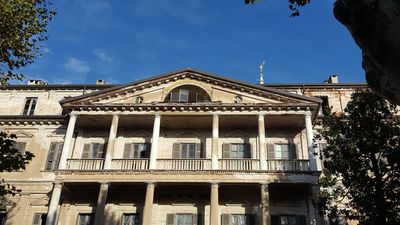 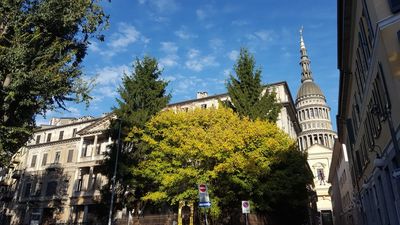 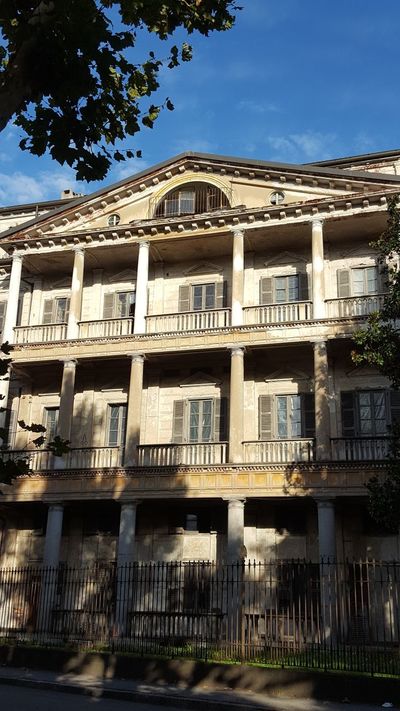